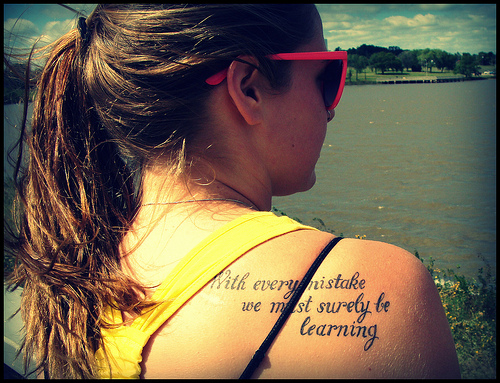 I’ve been a Netflix fan for quite a while now. A couple of months ago, Netflix took a lot of heat when they announced a nearly 60% price increase. Their $9.99 a month for unlimited video streaming and DVD rental package was eliminated. Now they offer $7.99 a month DVD rental (for 1 video at a time) and $7.99 for unlimited streaming. If subscribers kept both services, they’d now pay $15.98.

Many subscribers were outraged and promptly dropped either the streaming option, the DVD rentals or both. By last Fridday, Netflix’ stock had dropped over 40% since July and Netflix estimates they will end this month with 600,000 fewer subscribers than they had in June.

Yesterday, subscribers received an email from Reed Hastings, Co-Founder and CEO of Netflix. The message also appeared on the Netflix blog. From the first few paragraphs, it looked like Mr. Hastings was demonstrating the power of transparency and social media:

I messed up. I owe you an explanation.

It is clear from the feedback over the past two months that many members felt we lacked respect and humility in the way we announced the separation of DVD and streaming and the price changes. That was certainly not our intent, and I offer my sincere apology. Let me explain what we are doing.

For the past five years, my greatest fear at Netflix has been that we wouldn’t make the leap from success in DVDs to success in streaming. Most companies that are great at something – like AOL dialup or Borders bookstores – do not become great at new things people want (streaming for us). So we moved quickly into streaming, but I should have personally given you a full explanation of why we are splitting the services and thereby increasing prices. It wouldn’t have changed the price increase, but it would have been the right thing to do.

So far, so good, right? But then Reed Hastings drops a bombshell…

So we realized that streaming and DVD by mail are really becoming two different businesses, with very different cost structures, that need to be marketed differently, and we need to let each grow and operate independently.

It’s hard to write this after over 10 years of mailing DVDs with pride, but we think it is necessary: In a few weeks, we will rename our DVD by mail service to “Qwikster”. We chose the name Qwikster because it refers to quick delivery. We will keep the name “Netflix” for streaming.

Qwikster will be the same website and DVD service that everyone is used to. It is just a new name, and DVD members will go to qwikster.com to access their DVD queues and choose movies. One improvement we will make at launch is to add a video games upgrade option, similar to our upgrade option for Blu-ray, for those who want to rent Wii, PS3 and Xbox 360 games. Members have been asking for video games for many years, but now that DVD by mail has its own team, we are finally getting it done. Other improvements will follow. A negative of the renaming and separation is that the Qwikster.com and Netflix.com websites will not be integrated.

This announcement may cost Netflix as many subscribers as the price increase did. Personally, the price increase didn’t bother me because Netflix and the Roku Box is part of the reason I was able to drop cable which saves me about $100 per month. I was also able to get rid of a couple hundred DVD’s that are now accessible via streaming. That brought in some nice pocket change plus saved me a ton of shelf space.

Netflix’ new strategy brings up a lot of issues:

As a result of the announcement, Netflix stock dropped another 9.5% as of the market’s close on Tueday. They’ve received over 14,000 mostly negative comments on their blog. Will they recover? Time will tell but they certainly gave their competition an opportunity to cut into their market share. I don’t know who, if anyone, is handling PR for Netflix but that needs to change and fast.

A couple of things we can learn from this. Number one, keep it simple. Amazon.com is a site that does this well with things like 1-click ordering and their Prime Shipping model. Number two, if you plan on launching a new brand, do your homework and that means going beyond checking to see if the dot-com domain is available. Check Google and social media sites, too. Finally, if you’re selling online, avoid using a name that might be confusing to spell or pronounce.

What do you think about the way Netflix has handled this? Leave a comment below and let me know.