When I moved to Atlanta in the early 80’s, I very quickly discovered a club called Hedgen’s. And Monday night was the night you wanted to be there. That’s when The Satellites (later The Georgia Satellites) played their weekly gig. The Satellites’ Dan Baird and Rick Richards were Atlanta’s version of Mick & Keith or Plant & Page and they were obviously bound for stardom, if they could stay together that long.

The Atlanta music scene was really rocking then and Hedgen’s was ground zero.

On any given Monday night, you’d find anyone that was anyone in the Atlanta music scene at Hedgen’s. Besides the guys in The Satellites, you’d see Kansas, Atlanta Rhythm Section, The Producers, Swinging Richards, producer Steve Lillywhite, Tinsley Ellis and, of course, Steve Marriott. The Satellites would invite people up to sit in. Whenever Steve came out with us, he’d end up on stage, too.

The bars in Atlanta were open every night until four AM and you could even get a drink in a to-go cup if you wanted. There was more happening at Hedgen’s on a Monday night than most clubs had on the weekend. I absolutely loved it.

One Monday night, I met a pretty blond with a big smile at the bar that told me her name was Amanda and she was a singer. Amanda and I did a little drinking, talked a little music, and we hit it off from day one.

She was fronting a local cover band and invited me to a gig and it turned out she wasn’t lying: she definitely was a singer. And a damn fine one.

As I write this surrounded by boxes after moving a few days ago, it’s funny to think about my circumstances when I met Amanda. I was living in a $100 a month rented room inside of a house that was turned into a guitar shop in Atlanta’s Buckhead neighborhood. I shared the room with about 100 guitar cases. I slept on a cot with a broken leg. I had to prop my suitcase under the fourth corner to hold it up. The suitcase held all my clothes and I had a boom box to play music. I could have fit everything I owned in the back of a taxi. And I would have needed one since I didn’t own a car.

I must have really seemed like a catch to Amanda.

I was only 22 but had already had nice cars and an apartment full of guitars, stereo equipment, and even a pinball machine and lost it all. At that point, I cared less about stuff and more about living my dream of being a tour manager for a rock band. I never thought it would happen so quickly. And once I was back on the road, I’d travel in a fancy tour bus and stay in relatively nice hotels every night. When I was on tour, I never wanted to go home.

The early 80’s was a pretty wild time and I was always on the move. I was either on tour, advancing the next tour or in the studio. With all that came the usual sex, drugs, and rock & roll. I definitely wasn’t looking to settle down. I’m not sure if Amanda was either but we enjoyed each others’ company and dated on and off for about a year.

She’d come out to Humble Pie gigs and I’d show up at her gigs. We never talked about the future and, honestly, back then, what I knew about relationships you could print on the back of a postage stamp. One thing I always enjoyed about Amanda is that she wasn’t just an observer. She was a part of the scene, too.

I sent Amanda lots of post cards from the road. I’d always find strange post cards at places like Stuckey’s and make up stories about where I was or the people and places in the photos. Once on an earlier tour stop in the midwest, I picked up a set of post cards of the St. Louis arch. The Arch during the day. The Arch at night. The Arch in the snow. You get the picture.

Rather than send them from Missouri, I waited until our Northeast tour a few months later. Here’s the Rochester Arch. It’s now the world’s tallest McDonalds. Here’s the Boston Arch where frustrated local citizens dumped chests of tea into the harbor. Here’s the Philadelphia Arch where they hung the Liberty Bell and so on. I’d send a postcard from the Hermitage Museum in St. Petersburg, Russia or a Scottish castle and claim it was our hotel in Akron. They made us both laugh.

Eventually Amanda took off on the road for a while and so did I. When she returned to Atlanta, she seemed different. She had the bottom half of her blond hair died black (which sounds pretty tame now but this was 1983.) She dressed differently, had a different attitude and suddenly we just weren’t clicking.

A couple of years later, Amanda got married. I’d see her and her husband, Allen, fairly regularly at Charley Magruder’s in Atlanta. She was kind of back to the Amanda I’d known before and she seemed happy so I was happy for her. After I moved back to Texas, I never saw her again. But I never forgot her.

When Facebook launched, I reconnected with a lot of people from the past. I looked for but didn’t find Amanda online. Then one day in 2012, a guy named Mike Schweiger posted a photo on Facebook with both Amanda and my friend and favorite bartender Jane Biven. I’d met Jane when I first came to Atlanta but had no idea she was friends with Amanda. Jane was tagged in the pic but Amanda wasn’t so I messaged Jane.

It turns out Jane and Amanda were friends going back to high school days but she didn’t know where Amanda was, either. So, Amanda remained MIA until June of 2019, when I get a message from Amanda on Facebook that asked, “Tell me, Were you from Orange TX, and worked with Humble Pie?”

Guilty on both counts.

So, we swapped histories. I learned that she’d divorced and re-married and had a son named Gunner who played guitar, sang, and was a 2nd degree black belt. She’d moved from music into the hospitality industry. First, working in a comedy club and later managing a restaurant in Florida. When the second marriage didn’t work out, she moved back to Georgia.

Amanda still had all those old postcards, too.

Just a few days after we started talking, I left on a road trip to North Carolina. My plan was to stop in Atlanta and have lunch or dinner with Amanda and Jane on the way back home. Unfortunately, there was a hurricane heading for Louisiana and I wanted to get back to central Texas before the storm hit. I assumed I’d just come back to Atlanta in a few months.

But then the pandemic hit and I didn’t travel at all for two years. This year, I kept wanting to get over to Atlanta. I have several friends in the area and my nephew Zack is there attending Georgia Tech. I wanted to make sure I could stay for at least a few days so I kept putting it off.

Late last Wednesday night, I opened up the Facebook app to see a post from Jane with the news that Amanda had passed. I was completely in shock. I messaged Jane and asked her to call me when she could.

I suddenly remembered a message I woke up to on Mother’s Day this year from Amanda that said, “Love you Man!!❤🥰”. Totally out of the blue. I later asked what brought that on and she said that she was going through her phone and wishing everyone a Happy Mother’s day, came upon my # and wanted to send me some joy.

I wondered if perhaps she’d been sick for some time and that was her way of saying goodbye.

Jane called a few minutes later. All she knew is that Amanda passed in her sleep. She wasn’t in the best health but she wasn’t sick either. We talked about Amanda. We talked about the old days. And we talked about getting older and seeing too many friends passing unexpectedly.

It was just last week that I found out that one of the guitar players we had in that 80’s version of Humble Pie had passed. A month earlier, I had two friends pass in one week.

As I think about Amanda, I’m reminded that none of us are guaranteed a tomorrow. Nothing lasts forever, including you and me. I have to remind myself to stop spending time on things that are urgent but ultimately unimportant while putting off that visit, that phone call, or that dream until tomorrow.

Rest in Peace, Amanda. I know you’ll knock their socks off when you get to that great gig in the sky. 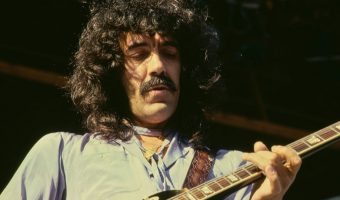 I remember the day we met. It was June of 1977. I'd just graduated from high school. Pace Concert called to tell me Aerosmith was in town for two … END_OF_DOCUMENT_TOKEN_TO_BE_REPLACED 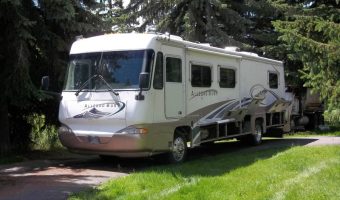 For the past several months, I've been heavily researching RV's in order to buy a motorhome that I will travel in full-time in 2020. I'll talk more … END_OF_DOCUMENT_TOKEN_TO_BE_REPLACED 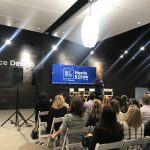 Since it's launch in the mid-90's, Amazon.com and other online businesses have presented a challenge to … END_OF_DOCUMENT_TOKEN_TO_BE_REPLACED 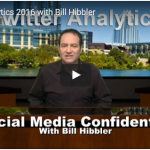 In this episode of Social Media Confidential, Bill Hibbler gives you a walkthrough of Twitter Analytics to … END_OF_DOCUMENT_TOKEN_TO_BE_REPLACED 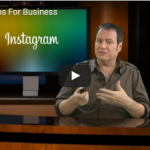 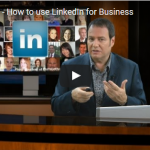 Can't see the video? Click here. Hi, I’m Bill Hibbler and welcome to my social media tip of the week. This … END_OF_DOCUMENT_TOKEN_TO_BE_REPLACED 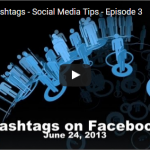 Can't see the video? Go here. Today, we’re going to talk about the introduction of hashtags on … END_OF_DOCUMENT_TOKEN_TO_BE_REPLACED